YEHA
Ethiopia's earliest known capital, Yeha, the oldest temple in Ethiopia founded in the 900BC and is less than two hours' drive from Axum through some dramatic highland scenery. As the birthplace of the country's earliest high civilization, it is well worth visiting. To get there, head east for twenty kilometers (Bahar Dar is a town 12 miles) to Adwa. Continue along the main road towards Adigrat for another twenty-four kilometers (15 miles) and then turn north on to a short dirt track, where you will see the imposing ruins of Yeha's Temple of the moon about four kilometers (2.5 miles) to the right of the track.

DEBRE DAMO
Debre Damo is unique and unforgettable although, as with most Ethiopian monasteries, women are not allowed to enter to it. Even so, there is a daunting obstacle to the monastery: the only means of access is a climb of twenty-five meters up a sheer cliff. Monks lower a safety rope which visitors tie around their waists. Then they use a second, thicker rope to climb with. Some may reflect, as they make their way to the top, that because of this arduous, dangerous ascent the art treasures of Debra Damo have remained intact through the monastery-s 1,400 tumultuous years of history.

LALIBELA
Lalibela, a medieval settlement in the Lasta area of Wello, lies at the center of an extensive complex of rock churches. Lalibela has 11 remarkable rock-hewn monolithic, semi-monolithic and cave built churches, built by one of the Zagwe Dynasty rulers,King Lalibela in the late 12th and early 13th century.
These notable structures are carved, inside and out, out of one solid rock, and are the unofficial eighth wonders of the world. Each building is architecturally unique but each reflects beautifully executed craftsmanship, and several are decorated with fascinating paintings.

SHEIKH HUSSEIN
Sheikh Hussein is a town in south-eastern Ethiopia. Located in the Bale Zone of the Oromia Region, it has a longitude and latitude of 7А45′N 40А42′E with an elevation of 1386 meters above sea level. The Central Statistical Agency has not published an estimate for this town's 2005 population.
On 23 December 2007, Addis Fortune reported that SATCON Construction, an Ethiopian-owned firm, completed a four-year effort to build a 170 kilometer road through the mountainous area of the Oromia Region connecting Sheikh Hussein with the town of Micheta, located in the Darolebu woreda of the Mirab Hararghe Zone. The road was formally inaugurated 19 December.
Arthur Donaldson Smith arrived at Sheikh Hussein 21 September 1894, where he spent several days, and afterwards his companion visited the tomb of Sheikh Hussein's assistant Sheikh Mohammed.


The town is named after what, in some Ethiopian Muslim eyes, is the most sacred place in that country: the tomb of the thirteenth century Somali saint from Mogadishu called Sheikh Hussein, who introduced Islam to the Sidamo people living in the area at the time. He is also credited for establishing a dynasty that ruled the Sultanate of Bale and is said to have performed many miracles. A number of these miracles have been recorded in a hagiography published in Cairo in the 1920s, entitled Rabi` al-Qulub. Although this town is now within the homelands of the Oromo people, it has continued to be the destination of approximately 50,000 pilgrims from Muslim Ethiopia twice a year during the Muslim months of Hajj and Rabi' al-Awwal. The first pilgrimage is to celebrate his birth, the second his death. They traditionally carry cleft sticks known as "Oulle Sheikh Hussein", which are too small to serve as walking sticks and are not utilized for any practical purpose. Once they arrive at the shrine, the pilgrims take their turns entering the saint's tomb by crawling through a small doorway.

The extensive religious complex dedicated to the saint includes the town and the nearby valley of Kachamsare. In the 18th century, Emir `Abd al-Shakur ibn Yusuf of Harar constructed a shrine to the Baghdadi saint `Abd al-Qadir al-Jilani near the tomb of Sheikh Hussein, inside the shrine compound. A graveyard has also been consecrated as part of the complex.Other landmarks of the complex include the pond of Dinkiro, 300 meters south of the mosque, built in dry stone masonry; associated with the pond is a spring with "miraculous" water. At the entrance of the holy area are two wild fig trees called kiltu (identified as Ficus sycomorus) in the Oromo language. Near another pond, of Imaro, there is the mosque of Sheikh Hussein's father, both with a gubba of Harar type. Also nearby are several cavesa "cave of serpents", a "cave of herbs", and a "cave of honey"and rock formations said to be petrified persons. 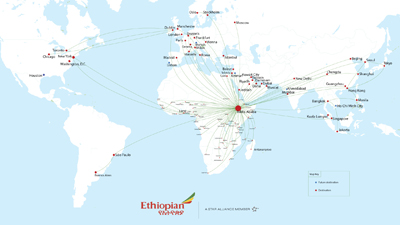